How journalist Tracey Wallace finds her ‘content’ in the air

Tracey Wallace is Editor in Chief at commerce platform BigCommerce, based in Austin, where she covers topics concerning fast-growing online businesses. In a previous life, she wrote about small business and boutique success at Mashable, ELLE and Time Out New York. Her work has been featured on Bustle, PolicyMic and Refinery29. She is a Forbes Top 10 B2B Content Marketer, a Retail Consultant, and B2B Retail Co-Owner.

[00:00:01] Am always very impressed. There’s a lot of women that do that. They carry those like little face masks and they wear them on the plane. I have only done one time and is doing an international flight. It works so well. My goodness you leave a plane looking like you have just been to a spot like it is insane. I haven’t gotten in the habit of bringing some of those you know little face masks you pick up like a Sephora or even out of CVS. Now I don’t always wear them actually on the plane but I will try to wear them the night after a flight. And I do find that that makes a really really big difference. That unclearly just chugging as much water as you possibly can.

[00:01:13] I am Tracey Wallace a resident of Austin, Texas. Fifth generation Texan actually. I work for a tech company here in Austin called BigCommerce and I travel so often mostly for work but also just because I love to travel. Me and my fiancé travel quite a bit on our own but mostly for work. I’ve actually been in the first six months of 2018. I have going on 14 flights and 12 of them for work in particular. So going back and forth to New York and L.A. and San Francisco and Chicago and D.C. to just meet with a bunch of partners and customers and experts in the space.

[00:02:00] I come from a journalism background so I’ve interviewed quite a few people in my past and I use those skills still today for a lot of video interviews that are popular with you know the content marketing world especially in the technology industry.

[00:02:15] You traveled to one of these events to record a whole bunch of interviews so that a whole bunch of people don’t have to travel for a pretty special event. You put the other. Why dont you tell us about that.

[00:02:26] Yes sure. So this event is called the Make it Big conference. It is an online free conference really targeted at online retailers making anywhere from about 1 mil to 20 mil an annual e-commerce revenue a lot of folks are making more than that. When you combine it with a lot of brick and mortar or even from their Amazon sales we’re looking really at revenue coming in through your main web site. And yeah I flew around the country beginning in January and interviewed about 26 I think are actually going to end up at 28 folks in their offices are meeting up with people at conferences where they already were to to essentially kind of do a fireside chat with them in the same way that you might get if you were to go to a conference in Chicago or New York or L.A. But a lot of a lot of the BigCommerce customers that I speak to a lot they you know live in Phoenix and Kansas City and Richmond, Virginia where it has a lot more cost effective to have warehouses.

[00:03:31] Vast majority of them are building out their own net new products and really trying to get smart about how to get those to market. And as such they don’t feel like they have the extra cash flow to really spend on going to a conference and buying a flight and buying a hotel room. But they feel as though there’s a lot of really good information being shared at those conferences that because they’re not going they just don’t have access to. So my goal was go find all those people that are at all of those conferences and sit down and do a fireside chat interview with them the same as you might see at a conference you know where two folks that end up on a stage and really try to deliver on that conference experience as well as that conference education without anybody having to pay to go anywhere.

[00:04:21] The food. I think it’s one of the airports that has the best food anywhere. OK. So the food in the light airports. So I’m I’m an anxious flyer. I am afraid of heights and then I’m not so sure. So you know really shows some not great parts of me. There’s the fear of lack of control that you have when you’re on an airplane that even if something goes wrong there is nothing I can do about it by any means but that I think really gets me. But light in an airport. Natural sunlight is so so important to me I realize that didn’t any airport I’m in that has that it’s a completely different experience for me and Austin airport. Man like one. One side of it.

[00:05:02] And even like part of the roof is all windows, like it’s beautiful in there. So that combined with the actual you know local food I will say they don’t right now have the best taco options which is so sad for that airport. There are better taco options in Austin but the barbecue that they have out there just some of the local vendors that they have there it’s it’s really really cool I hear even in the new part of the airport they have food trucks which I haven’t been over to that part yet and I’m like Of course they have food trucks it is Austin. So the sunlight and the food are what I really really love about that. And then of course landing there is always nice. Because I’m home.

[00:05:41] What do you wish you knew when you first started traveling for business that you now know.

[00:05:47] Oh my goodness. That is a fantastic question. I wish. And I’m saying this mostly as a reminder to myself to go and actually do this. I need to go and do you know the pre check the inspection that you need to have. Again I get to the airport really, really early both because of being anxious but also because you know you never know how long the lines are going to be. Just go and do that. You get through those lines so fast and save yourself so much time. So it is something that I have yet to take advantage of. But I know I really really need to I travel with a bunch of co-workers. Vast majority of them have already gone through and done that and they are able to get into an airport. Honestly an hour later than me and probably get to the gate faster than I do.

[00:06:41] No question. In fact, two my friends who live in Phoenix this past week I shared with them the link to Clear because just opened up in Phoenix. Two things I would do but we do sometimes I’ve seen Austin airport have a long TSA Pre line too. Eighty nine dollars for Clear gets get to the front of the line whether you get TSA Free or not. Oh my goodness that’s amazing. Ok I’m done. I’m so. If you’re doing any international travel just jump right ahead and do the Global Entry and I think that lasts for ten years. Gosh. Yeah. When you like and you don’t have to sit through customs. So TSA is kind given with that but not having to deal with customs when you get back. That’s the home run. I know you can’t see me but I’m sitting here with my mouth wide open. Are you serious. I had no idea. Totally. Yeah. Once you have that combination get it getting through lines and airports is like a breeze. Clear and Global Entry. And if you have an American Express Platinum card I actually know the reimburse you for some of it. So just FYI.

[00:08:01] Well like I said before I got the Southwest credit card recently my favorite travel hack is honestly kind of the gamification that a lot of the airlines do with credit cards and trying to get points and really trying to work up toward something. I want that that companion pass that Southwest has but I can travel for a year at half price and my fiancé like that is literally all that I want ended up with just one too. You know sitting around with friends who travel a lot and talking about all the different points systems and how many of them one has and when you should do this or when you should do you know whatever else. All of it kind of adding up to try to gamify the system and that works crazy crazy well for airlines I’m sure it also works really well in the retail e-commerce space where I work where he can figure out some really cool game affixation system. People are going to be are going to engage like it’s just fun for brains. So got some fun from the southwest app I’m constantly looking to see how many points they have like how much should I spend this month how much does that increase it. Am I closer how far my OK. I need a book this flight which flight has the most points but I’m going to get. It’s fun.

[00:09:22] Mean people mean people or some people also super talkative people. Like for me it’s a travel experience like to me needs to be a pretty and pretty like OK I need to get through this. I mean there’s a lot of anxiety. It’s a lot it’s really stressful. Like let people be don’t be mean be kind. Right. But also don’t like talking one’s head off and you don’t. You don’t need to know everything about him is fine you’re never going to see him again.

[00:09:51] Man about business travel the best lesson I’ve learned is honestly not to be so anxious about flying. I again I’ve been on about 14 flight this year alone and that is that’s really the number one thing people at airports are very nice like. The kind of people you can get through. Always grab a drink. You know just just really embrace it and take it and it’s it’s not it’s only not a vacation but it is time kind of away and oftentimes that time a little bit unplugged. And I certainly don’t get that in my regular non travel life unless I’m on a vacation. So I try to kind of take that and take deep breaths and really appreciate the fact that you know I’m lucky enough to be someone that gets to travel and go and see all the cool places and talk to cool people and really just use that time as a as a centering kind of time.

If you have enjoyed our episodes please consider leaving a rating or review on iTunes or Google. 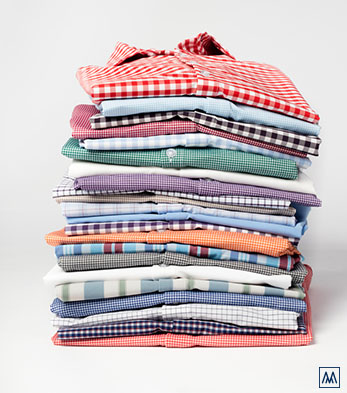